Reskilling is a clear necessity for the future of work, and at edX, we are committed to helping learners gain the skills and knowledge they need to succeed in the modern workplace.

Today, we’re pleased to announce the results of a new survey of 1,000 consumers aged 18+ on reskilling trends, with 917 employed or previously employed respondents. Our survey found that more than one third of respondents have experienced a lack of proficiency in at least one new skill area or subject area of a current or past job. 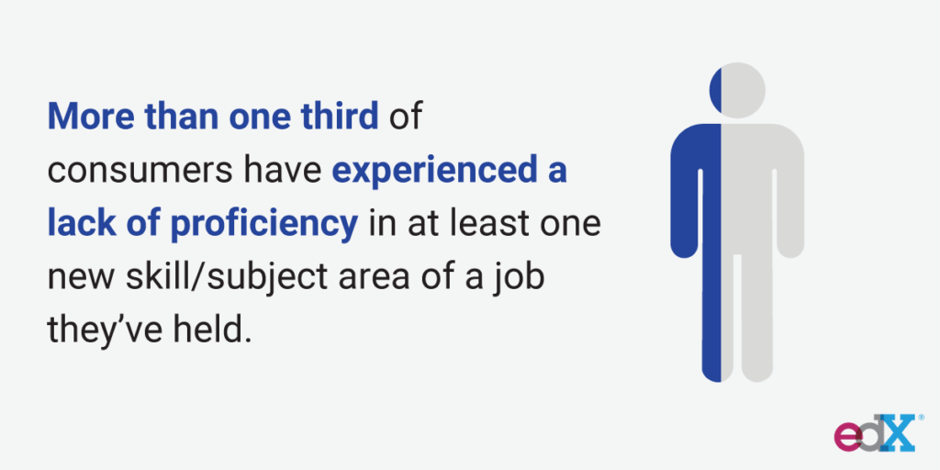 However, almost half also don’t feel comfortable asking their employer for help with a learning solution. It is also unclear from survey respondents whose responsibility it is to ensure that workers are prepared for the jobs of the future. 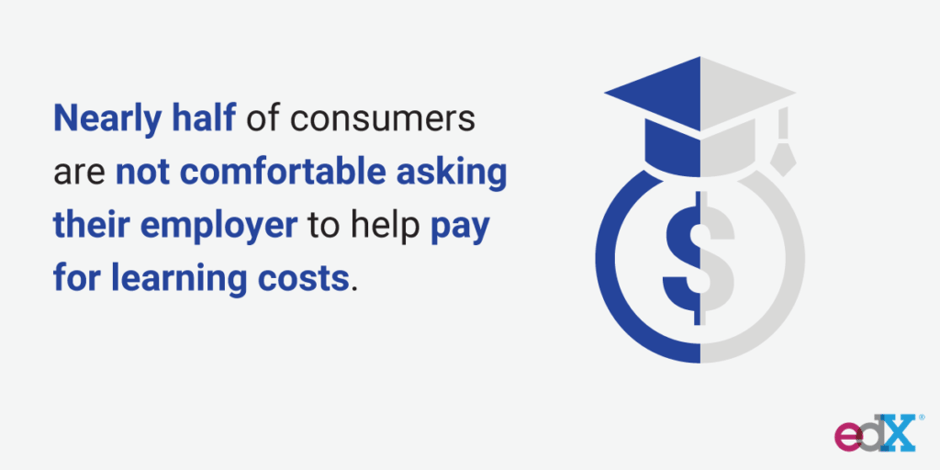 The fourth industrial revolution is here, and as technology continues to evolve rapidly, employees must continue to reskill to keep up with the shifting demands of their job. In fact, according to the World Economic Forum, 1.4 million U.S. jobs alone are expected to be disrupted by technology and other factors between now and 2026. Workers are struggling to remain relevant – according to a survey we conducted last year, only a fifth of people consider their education from their college major to be translatable to their current field. 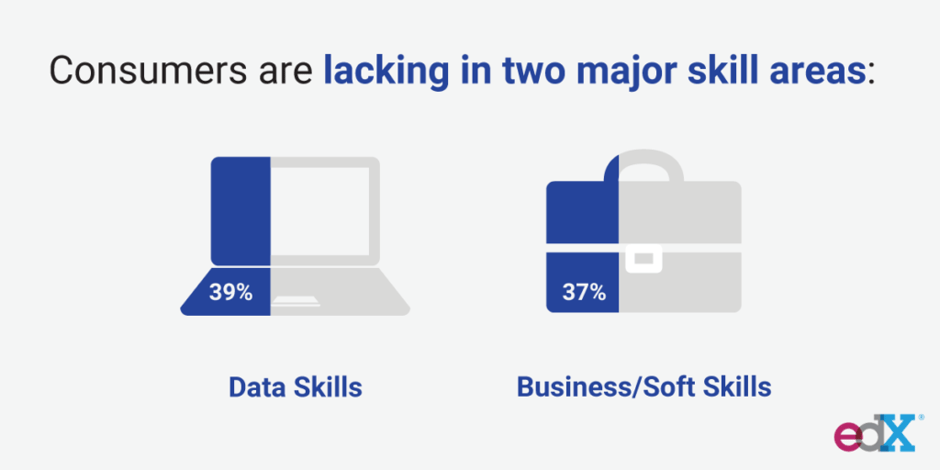 The biggest gap is in the data sciences — a skillset that, as technology becomes more and more prominent across industries — no longer just applies in one context. In fact, 39% of people reported feeling less than proficient in data skills with an emphasis on analytics and computer science – and a quarter of respondents have had to ask an outside resource, such as a significant other, child or grandchild, how to work with a technology that their company uses. 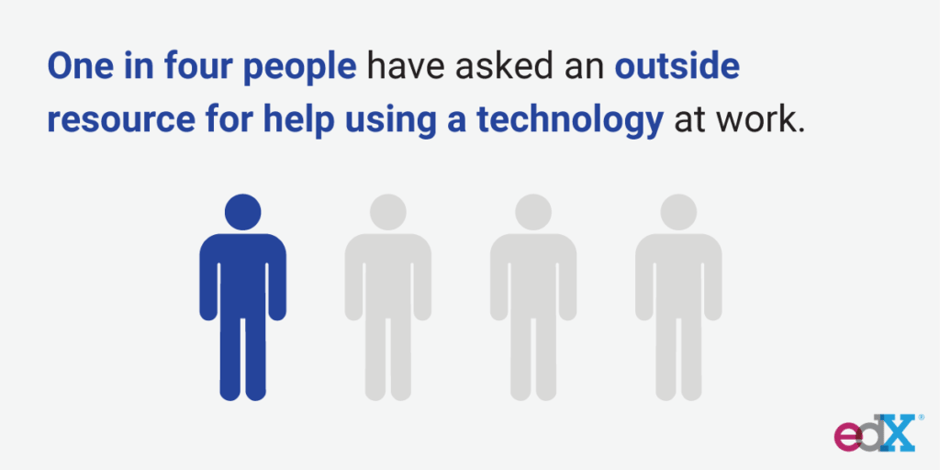 The second skillset with the largest gap is business skills and soft skills, including project management and leadership, with over a third of consumers reporting that they feel that they are lacking in this area.

A lack of skills in these two major areas indicates that advances in technology are impacting the workplace and creating the need for new types of skills, which often go beyond a traditional college education.  That said, according to the survey, respondents are split between who should be responsible for making sure that they are prepared for the jobs of the future with the right skills – 41% feel it is an individual’s responsibility; 33% feel its an employer’s responsibility; 16% believe it’s higher education’s responsibility; and 9% believe it’s up to the government. 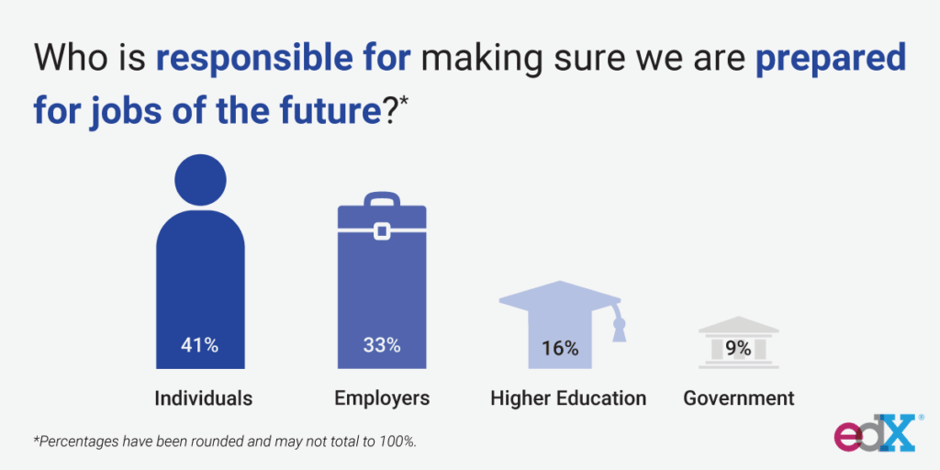 At edX, we believe the skills gap is a challenge that goes far beyond job creation and training and development – it touches on a broader social responsibility that companies have to their employees and the communities in which they operate. Our mission is to remove the barriers of time, cost and location from the highest quality education in in-demand fields. Our belief is that these offerings make it easier for individuals to pursue their lifelong learning journeys, and for corporations to invest in their talent and local communities.

edX is here to support your learning at every stage, whether you’re entering the job market, changing fields, seeking a promotion or looking for ways to reskill. For example, check out our MicroMasters® programs and Professional Certificate programs for cost-efficient, flexible solutions. In fact, receiving a certificate after completing an online program in a specific field can be just as valuable as pursuing an on-campus degree. Survey respondents reported the same perception of competence whether a professional, such as a job candidate, has a full degree or microcredential on their resume. 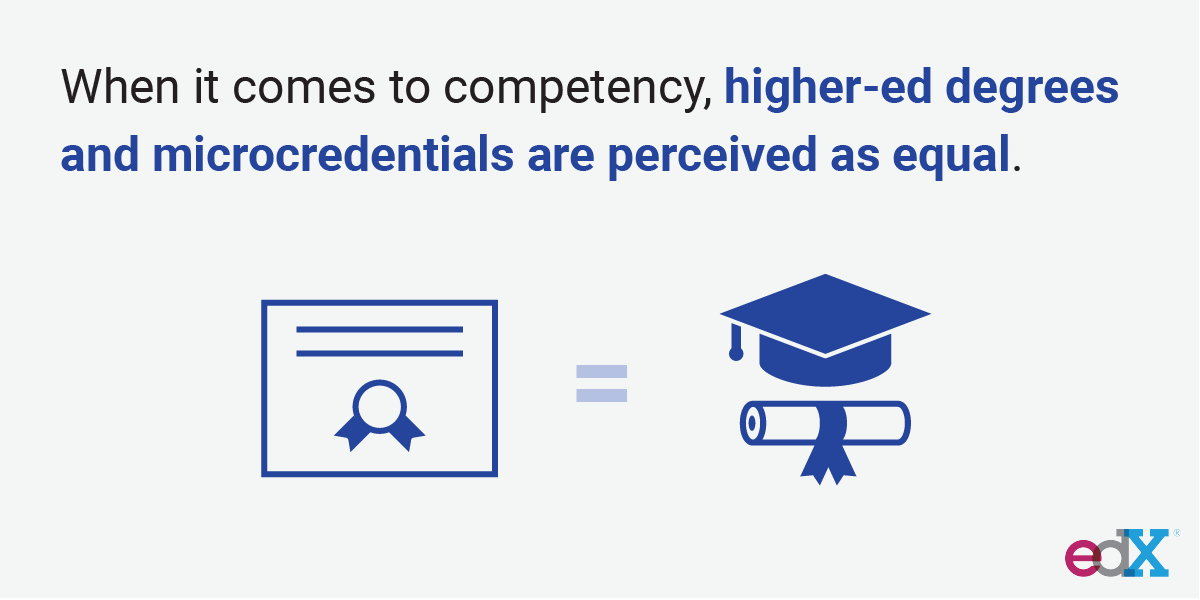 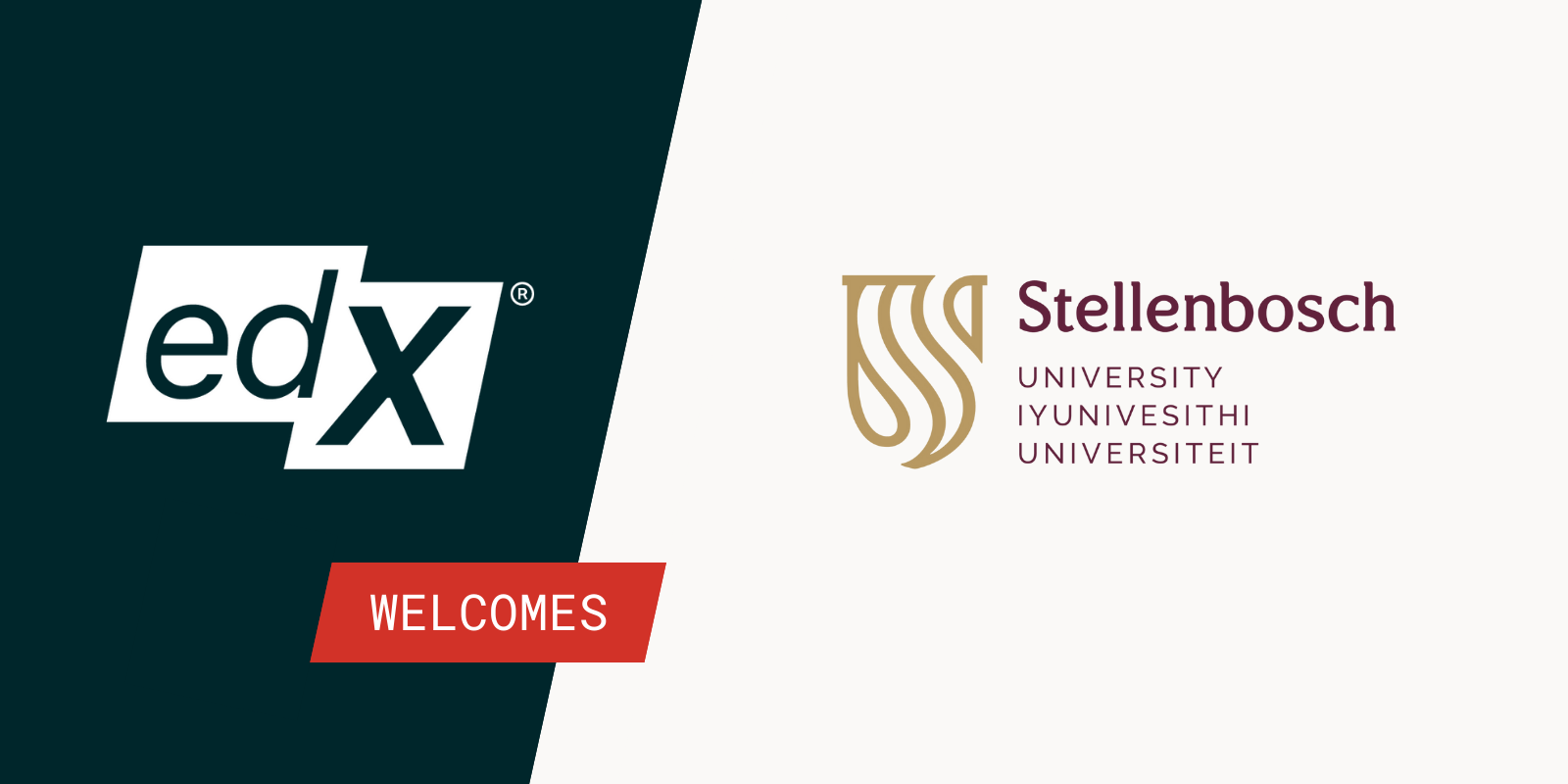